Sex, Drugs and Rock ‘n’ Roll: Impact of Lifestyle Choices in the Over 50s 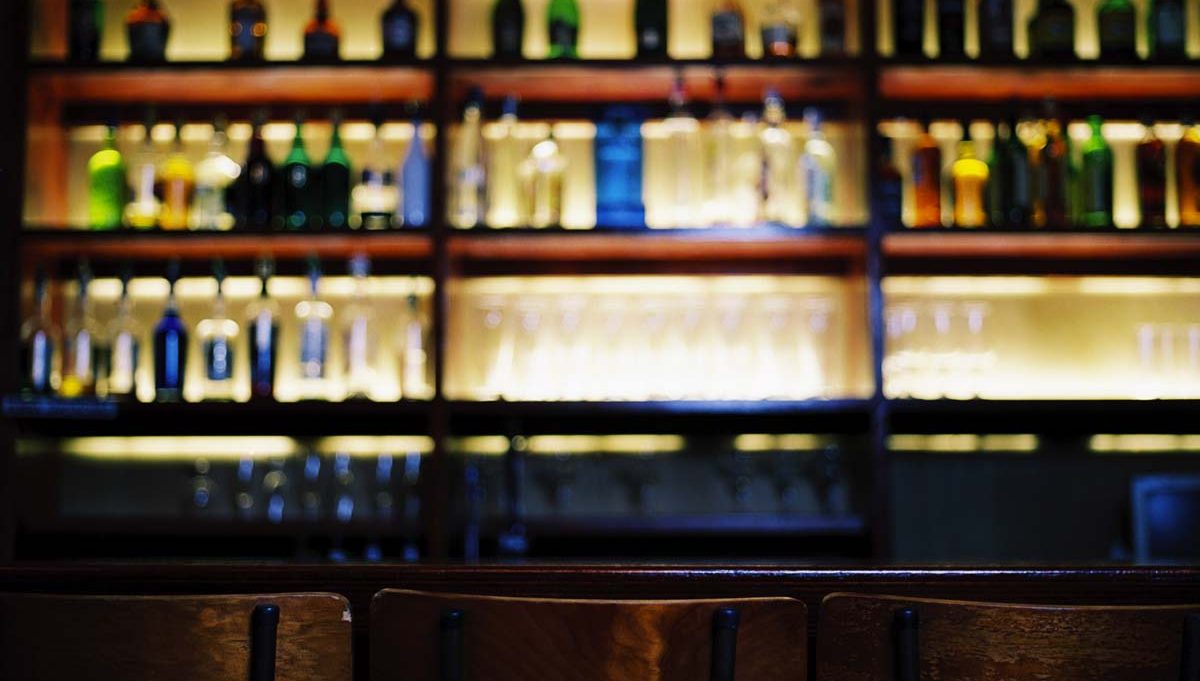 Medical underwriters beware – lifestyle risks are not just for the young! Studies show how lifestyle choices are in fact a major health risk factor for today’s retired “baby-boomers”.

We’re middle-aged at 40 and elderly at about 60, right? Wrong, ‘life stage’ perceptions amongst today’s over 50s (the baby-boomers1) have dramatically changed: middle age is considered to start at around 55-60 and old age at 69-702. Higher living standards and improved life expectancy are partly responsible for this shift, but although the over 50s are feeling younger, fitter and more resilient than ever before, evidence shows that good health in this age group is by no means assured and that their lifestyle choices, primarily the use of alcohol and drugs, are in fact a major risk factor. With demand for life protection products on the rise amongst the over 50s, this business opportunity requires a corresponding age-adjusted risk assessment that includes lifestyle questioning.

In the U.K. the average life expectancy for a newbo increased from 49 (males) and 53 (females) in 1911; to 79 and 83 years respectively in 20103. The biggest improvements were seen in the first half of the 20th century with huge reductions in infant mortality and deaths from infectious disease. Mortality amongst older ages has also declined significantly over the last one hundred years, especially since 1970 with a marked decline in smoking from approximately 45% to 20% of adults and subsequent improvement in cardiovascular health4.

As figure 1 demonstrates, improvements in life expectancy are projected to continue. By 2030 most over 65s in the U.K. can expect on average to live around another 20 years, a picture repeated across the developed world.

But are we healthy in our old age?… it would seem not

Although the average life expectancy now for a 65 year old is another 18 years for men and 20 years for women, the average period of disability free life is only 10 to 11 years4.

The patte of exactly how we age is an important factor for policymakers, health providers and insurers alike. There is currently much debate as to whether we are in a period of ‘compressed morbidity’, where life expectancy and also healthy, disability-free life is increasing, or one of an ‘expansion of morbidity’ where people are indeed living longer but with little or no increase in healthy life.

A 2012 study (TILDA)5 looked into exactly how we are ageing. It categorised (surviving) older lives into three distinct groups:

The study found that very few people fall into the latter two groups.

Numerous other studies have made similar findings. One particular U.K. study6 followed a group of over 2,500 individuals bo from 1946-8 (the oldest of the baby-boomers): it found that in 2012 only 15% of these individuals remained ‘disease free’; 54% had high blood pressure, 25% raised cholesterol, 31% were obese and a quarter had diabetes or a glucose disorder.

Not necessarily healthy, but happy…

Despite the fact that the majority of those retiring have a clinical disorder needing medical attention, most have a positive view of their general health. As the 2012 TILDA study on ageing shows (figure 2), even the majority of over 75s (rightly or wrongly) consider their health to be ‘excellent, ‘very good’ or ‘good’. This positive outlook has long been recognized as a key ingredient in combating and surviving illnesses.

Figure 2: Self-rated health by gender and age group. In all age groups, the majority of those surveyed consider themselves to be in good health, with 50 to 64 year-olds showing the highest positive response. Source: TILDA 20125.

Socio-economic divisions indicate differences not only in attitude to health (figure 3) but in actual experience of mortality and morbidity (figure 4). In the U.K. for example, life expectancy and disability-free life expectancy are 4 to 5 years lower in the lowest income group.

Figure 3: Self-rated health for 50 to 64 year-olds by wealth category. Of those surveyed, those on lower incomes report a progressively less positive view of their health. Source: TILDA 20125.

… And so do lifestyle choices

Alcohol related deaths are on the increase across all adult generations (see figure 5), in part fuelled by readily available and relatively inexpensive alcohol. Death rates from alcohol are highest in the retiring population as it takes many years for the effects of alcohol to result in death (through ailments such as pancreatitis or liver failure). The observed higher rates for men compared to women reflect the fact that on average more men than women tend to drink more than the recommended safe limit for their gender. What is marked, however, is the steeply climbing rate and proportion of alcohol related deaths in 55 to 74 year-olds, particularly amongst men. Alcohol appears to be increasingly impacting our youthful-feeling baby-boomers.

Worrying signs are also evident in the trends in illicit drug use, with clear differences in generational attitudes. For example, new research7 has revealed that extended use of cannabis, amphetamines, cocaine and LSD increased from 1.0% of 50 to 64 year-olds in 1993, to 11.4% of 50 to 64 year-olds in 2007, also, recently-started drug taking has increased tenfold from 0.2% to 2% within the same age group. Amongst the oldest lives, however, extended drug use remains low; for example, in 2007 lifetime cannabis use in the over 65s was reported at 1.7% against 11.4% for 55 to 64 year-olds.

The rates of the most common sexually transmitted diseases have more than doubled over the last decade for 50 to 90 year-olds in the U.K. Canadian and U.S. health professionals have reported similar findings (see figure 6), with rates in retiring adults for gonorrhoea, chlamydia and syphilis having skyrocketed by 200-1000%8. This trend likely follows factors such as the availability of Viagra and hormone replacement therapy, as well as ever-increasing divorce rates and the corresponding rise in new partners that this brings.

It would seem therefore that as well as the ‘normal’ diseases or frailties of old age, today’s youthful-feeling baby-boomers are increasingly also feeling the impact of ‘lifestyle’ choices.

Figure 6: Recorded number of sexually transmitted disease cases in the U.S. and Canada for the specified age groups, showing change over the given ten-year periods. Rates of increase are notably high for all diseases. Source: Von Simpson & Kulasgaram 20129.

Lifestyle choices matter, but by how much?

According to Eurostat9 cancer and cardiovascular disease remain the two leading causes of mortality, respectively causing 40% and 30% of deaths in Europeans in the 50-69 age group. So to what extent do the trends described above really matter from an underwriting perspective?

Although the number of deaths directly attributable to the aforementioned lifestyle choices are low, from a medical underwriting perspective these are potential indicators of other risk taking behaviors, such as smoking, poor compliance with medication and even a general disregard for personal health. They also have a significant contributory impact on the two biggest killers. Although the West has seen a fall in tobacco related cancer deaths, there has been a rise in the incidence of cancer types (such as liver, oesophageal, stomach and cervical cancer) linked to lifestyle: two fifths of all diagnosed cancers are now linked to obesity, alcoholism and infections such as sexually transmitted HPV10. Similarly, smoking, poor diet, lack of exercise and excessive alcohol use remain the biggest contributory factors to cardiovascular disease.

With the economic climate unlikely to improve in the short term; many older children are increasingly reliant on the ‘bank of mum and dad’; as a consequence it is not uncommon for individuals in their 50s, 60s and even 70s to seek loans or mortgages to financially assist their children. As a result there is an increasing demand from these age groups for protection products in addition to the more traditionally purchased annuity, long term care and funeral plan products. Providers with an existing footprint in this market segment are well placed to benefit. Indeed a number of providers have already reacted by making product changes, such as adjusting the maximum ages of entry and/or expiry for term insurance.

However, as we have seen from the information above, catering for older lives needs careful assessment due to the impact of lifestyle and prevalence of common illnesses in the over 50s.

One prudent but fair approach would be to establish a specific older-life underwriting philosophy. Providers in the U.K. market are increasingly amending their interactive online application forms for life insurance to ask questions tailored by age. However, this has predominantly included a greater emphasis on assessing lifestyle based risks in the under 40s age group and the removal of lifestyle related questions for older applicants. Given the trends discussed above, lifestyle-related questions for older applicants should ideally be re-introduced and refined.

Backed by the financial strength and disciplined risk management framework of PartnerRe, and with a strong focus on partnership, PartnerRe’s medical underwriters and life actuaries provide life insurers in world markets with tailored reinsurance solutions designed to optimize their activity levels and market responsiveness. To discuss risk factors in the over 50s or other life topics, and to find out how we can help your business, contact us.

1 Though no universal definition, this term refers to those bo after the Second World War and up to 1964. The birth rate increased during this time period and this birth cohort in general experienced increased income and substantially improved lifestyle standards compared to their elders.
2 Love to Lea online leaing website survey, September 2012. Survey of 1,000 U.K. adults aged 50 years and over.
3 The U.K. Office for National Statistics (ONS). www.ons.gov.uk. All life expectancies quoted in this article are period life expectancies; this means there is no further allowance for changes in life expectancy after the date shown.
4 The U.K. Office for National Statistics (ONS). U.K. General Lifestyle Survey (2010), pg 5-6.
5 The Irish Longitudinal Study on Ageing (TILDA). Study on over 8,500 residents of Ireland aged 50 years and above. www.tcd.ie.
6 Pierce, M.B. et al. (2012). Clinical disorders in a post war British cohort study reaching retirement: evidence from the first national birth cohort study. The Public Library of Science (PLOS) online.
7 Fahmy, V. Prevalences of illicit drug use in people aged 50 years and over from two surveys. Age and Ageing. July 2012
8 Von Simpson, R & Kulasgaram, R. Sexual Health and the Older Adult, Student BMJ (Feb 2012).
9 Niederlaender,E, Statistics in Focus, population and social conditions, Eurostat (October 2006).
10 Parkin, D.M., The fraction of cancer attributable to lifestyle and environmental factors in the U.K. in 2010.  Br J Cancer (2012).