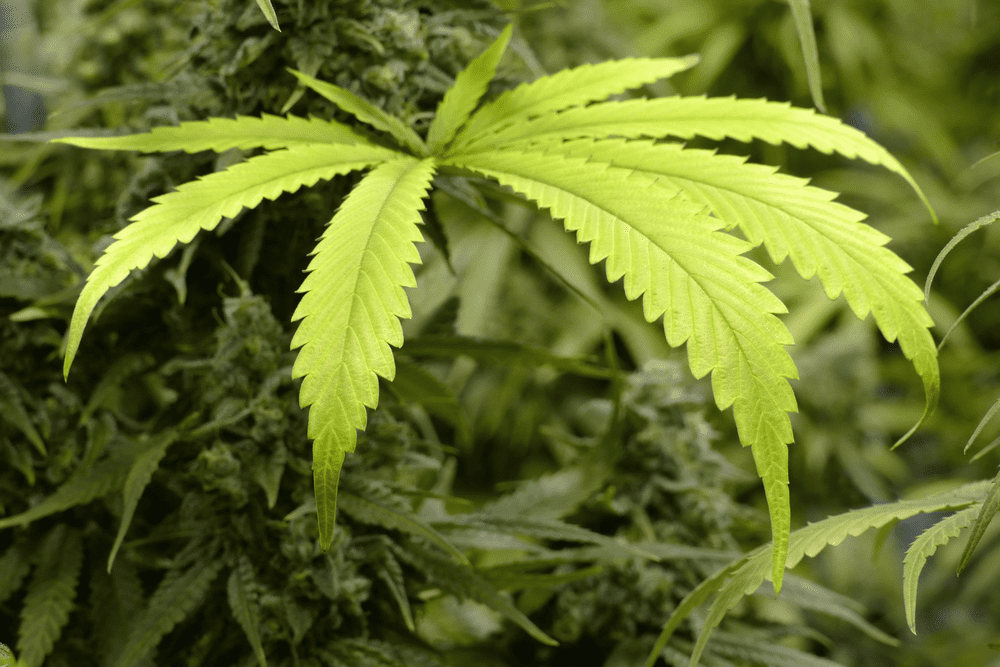 With attitudes towards cannabis softening, legalization in Canada and an ever-expanding list of potential medical uses, we review some key facts and research to help Life underwriters navigate this period of change.

Find out: Are cannabis, hemp and marijuana the same thing? What are THC and CBD? Are the medicinal benefits of cannabis true? What are the health risks? And as of now, is there enough data to assess the mortality impact?

Hemp and marijuana plants are members of the genus Cannabis. Both contain the chemical compounds1 tetrahydrocannabinol (THC) and cannabidiol (CBD).

CBD is non-psychoactive. It has the proposed therapeutic and analgesic properties of THC, but no intoxicating effects.

Marijuana and hemp plants are cultivated to have different concentrations of THC and CBD. The hemp plant contains mainly CBD, and very little THC. Its uses are industrial (e.g. for paper, rope, fabrics and insulation) and potentially medicinal/therapeutic.

Cannabis has been used and consumed in varying forms in the United States (US) and Canada since the 1600s. In 1619, Virginia required that hemp be grown on every farm and it was even used as currency in several colonies. Smoking marijuana was not uncommon in the 1800s.

Over time, perceptions about its use and risk changed. The 1923 Canadian Narcotics Drug Act Amendment Bill and the 1937 US Marihuana [sic] Tax Act outlawed all cannabis consumption and forms. In 1970, the Controlled Substances Act banned cannabis of any kind in the US, and made it a Schedule 1 drug (no useful medical indication, high potential for abuse).

The 2018 US Farm Bill legalized the growing and possession of non-intoxicating hemp and hemp products that contain less than 0.3% THC. These non-intoxicating products are now legal in all 50 states, unless a state specifically outlaws its use. Hemp is now considered to be an agricultural product.

In contrast, marijuana remains illegal under US federal law. Since 1996, however, all but three US states and one US territory2 have legalized cannabis for medical and/or recreational uses.

[In 2016,] Cannabis was used by approximately 192 million people worldwide, 4% of the world’s population.”

The many forms of cannabis

Dried marijuana includes the flower and leaf of the marijuana plant. This form is most commonly smoked, but can also be consumed orally.

Concentrates are cannabis products made via a variety of extraction processes that separate the THC and CBD cannabinoids from the plant. Some concentrates contain only THC, while others contain mostly or all CBD.

Hash is produced by using ice water and compression to extract THC from the marijuana plant into a resin. Rosin hash uses heat, while hash oil uses chemicals to extract the THC. THC–CO2 oil is produced using CO2 and pressure to extract THC, while butane hash uses solvents. Hash and oils are typically vaporized, or mixed with marijuana leaves and smoked. Tinctures are alcoholic extracts of the marijuana plant; liquid tinctures are taken sublingually (dissolved under the tongue).

THC can also be absorbed orally via food and drink infused with the marijuana plant, oils, hash or tinctures. Similarly, creams or lotions infused with THC allow topical application.

CBD can be concentrated or extracted from the hemp plant as described above for THC and marijuana, and can be administered through inhalation, oral or sublingual ingestion, or via topical creams and lotions.

Canada has a federal agency which oversees cannabis products; Health Canada is responsible for accessing and monitoring the quality, safety and efficacy of all drugs and products that contain marijuana or hemp.

The US Federal Drug Agency (FDA) is not yet involved in the regulation of cannabis content or efficacy, and states which have legalized medical or recreational marijuana do not have the resources to provide these consumer protections. The FDA recently announced that it will intervene to prevent claims of medical efficacy unless there is sufficient data to support such claims.

70% of CBD products tested did not contain the amount of CBD extract promised on the label.”

Due to the lack of uniform standards and testing, there remains significant variance in THC and CBD concentrations in different products, as well as inconsistency within single product lines. One study6 reported that 70% of CBD products tested did not contain the amount of CBD extract promised on the label (40% had less than on the product label, while 26% contained too much). The study also found that 20% of marketed CBD products contained more than 0.3% THC, and thus were potentially intoxicating.

In addition, oral and topical products have variable absorption and bioavailability (proportion that reaches the circulation); typically less than 20% of the THC or CBD on the label is absorbed orally.

THC and CBD have been proven to be effective in the treatment of nausea and vomiting due to chemotherapy7. There is evidence which supports their use in adults with chronic pain, and in reducing spasticity in multiple sclerosis, though the effects are modest.

In Canada, the CFIA has approved two prescription products. Marinol® (which is no longer available) contained THC and was used for chemotherapy-related nausea and vomiting. Sativex® contains THC and CBD, and is approved for cancer pain and multiple sclerosis-related spasticity.

There are only two FDA-approved cannabis products in the US. Marinol®, also sold as Syndros®, can be prescribed in the US. Epidiolex®, which contains CBD, has recently been approved for the treatment of seizures associated with Lennox-Gastaut and Dravet syndromes, both of which present with recalcitrant infantile seizures.

Other proposed uses are based on the anti-inflammatory, neuroprotective and antidepressant properties of cannabis. Marijuana is marketed as a treatment of various diseases and disorders, including Alzheimer’s disease, Crohn’s disease, epilepsy, glaucoma, muscle spasms, nausea unrelated to chemotherapy, post-traumatic stress disorder, schizophrenia, and wasting syndrome (see table 1). The evidence to support these indications has, however, not been consistent7.

Some studies indicated that marijuana reduces the severity of opioid withdrawal symptoms.”

Special mention is warranted in the recent proposed use of CBD to decrease the use of opioid medications, or in the treatment of opioid addiction.

Because CBD is neither intoxicating nor rewarding, the use of CBD to inhibit opioid craving has greater therapeutic potential than marijuana. Pilot clinical studies have shown that in individuals recently abstinent from heroin, CBD reduces the intensity of heroin craving11. However, the use of CBD prolongs the duration of withdrawal symptoms. There is no conclusive evidence that CBD is of benefit in the treatment of opioid withdrawal.

For sufferers of chronic pain, CBD may also be utilized to prevent the development of opioid addiction. When given access to cannabis, those currently using opioids for chronic pain decrease their use of opioids by 40–60%, and report that they prefer cannabis to opioids12,13. CBD and opioids appear to have a synergistic effect when given together. Pain control, even anesthesia, can be accomplished by combining low doses typically ineffective if used alone. Medical marijuana and CBD have consistently reduced the opioid dose needed to achieve desirable pain relief14,15. These observations may help overprescribing and dose escalation commonly associated with opioid addiction.

Table 1: Conditions and diseases for which CBD may have therapeutic benefits, and the proposed mechanisms of action. Note, evidence remains inconsistent; there is currently inadequate data and research to assess the full effects of these indications7. Source: Modified from Pisanti, et al16.

Because cannabis was categorized as a Schedule 1 drug in 1970, research in the US has been limited. Even in states that have legalized recreational cannabis, research institutions face federal legal actions and loss of federal research funding if marijuana is provided for study. These federal restrictions prevent large, blinded and controlled studies. Until recently, therefore, most published reports are small, uncontrolled, self-reported and retrospective. Comorbidities and other confounding variables are not noted or analyzed.

The 2018 US Farm Bill removed hemp from the Schedule 1 drug category. This will allow researchers to study hemp CBD without the previous federal restrictions.

The Canadian Mental Health Association (CMHA) recently recognized the lack of quality data, stating that “Given the uncertainties of cannabis use on health, CMHA hopes to see greater investments in research to establish more conclusive evidence on the harms and benefits of cannabis consumption over the life course and its impact on mental health for Canadians”17.

An extensive review and critical analysis of the available literature by the National Institute of Health (NIH) in 20177currently provides the best overview of the health risks associated with cannabis.

The NIH concluded that marijuana can impair attention, concentration, episodic memory and motor coordination, and may have a causative role in chronic diseases.

It does not appear to increase the chances of developing depression, anxiety or posttraumatic stress disorder, but can increase the symptoms of bipolar disease.

THC appears to increase the risk of developing psychoses or schizophrenia, in a dose dependent fashion18.

Heavy cannabis users are more likely to report thoughts of suicide than are non-users7.

THC appears to increase the risk of developing psychoses or schizophrenia.”

A large study (involving data from several countries) found that self-reported marijuana use is associated with a 20-30% increase in the rate of motor vehicle crashes20. In Canada, where medical marijuana has been legal since 2001, cannabis-associated incidents involved almost 7,800 people and 75 deaths in 201221. In four US states that legalized marijuana between 2012 to 2017 – Nevada, Colorado, Washington and Oregon – car crashes rose by 6%22.

However, to date there is no clear link between THC blood levels and impairment23. Testing drivers for THC is inconsistent and was rarely, if ever, done before 2012. Even today, if a driver tests positive for alcohol consumption, THC testing is not usually done22, presumably due to the additional costs and lack of established legal limits.

The potential risk of long-term CBD use is less established than marijuana/THC use. The FDA found the safety profile of Epidiolex® to be acceptable. Since CBD has no intoxicating effects, there is no expectation of increased motor vehicle accident rates, as reported with products with intoxicating levels of THC.

CBD resins and oils may contain chemical by-products, but the long-term health effects of these contaminants is currently unknown.

The majority of the medical literature that addresses the associated mortality of cannabis is unreliable due to small size, short periods of study, selection bias, and a lack of control regarding co-morbid conditions.

The Institute of Medicine (IOM) and NIH reviewed available published data. The reported results were re-analyzed and validated. Independent, objective consensus opinions were reached by these agencies. Both the IOM and NIH concluded there is no increase in all-cause mortality associated with cannabis use7, 24.

Both the IOM and NIH concluded there is no increase in all-cause mortality associated with cannabis use.”

A similar exercise for CBD-specific literature has not been completed. There is no rationale or evidence that CBD has increased mortality implications as compared to cannabis use, which at present shows no increase. As such, it appears reasonable to assume that there is no proof of increased mortality associated with CBD.

If you found this overview interesting, and/or have related findings or opinions to share, please contact us. We look forward to hearing from you.

Views or opinions expressed in this article are those of the author[s] alone; they do not constitute legal or professional advice and do not necessarily reflect any corporate position, opinion, endorsement or view of PartnerRe or its affiliates.

A New Dawn for Diabetes Management

How is diabetes prevalence trending and has the pandemic impacted this trend? Recent decades have seen an emerging obesity and Type 2 diabetes mellitus (T2DM) […]
View More
Find a Contact