Getting a Handle on Catastrophic Claims 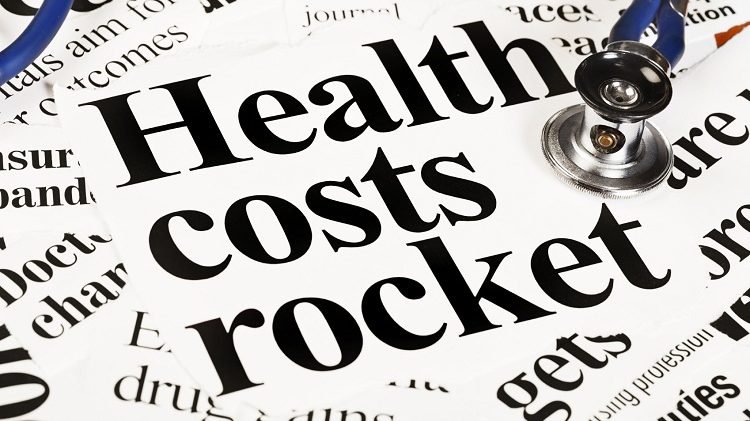 The article, “Million-Dollar Claim Club,” published by Managed Care Magazine, describes a disturbing scenario. A commercial health plan opened for business; a month later, a hemophiliac member started bleeding. Within four months, the patient had reached his lifetime policy limit of $5 million. Over $3 million was for factor product administered in an outpatient setting. The plan paid for it all out of reserves absorbing almost 100% of the claim. The plan now sat far below state requirements, on the verge of collapse.

Unfortunately, this story isn’t an isolated one. A growing trend is presenting major challenges for insurers: the increasingly frequent diagnosis of high-cost conditions and subsequent large claims (e.g., those over $1 million). As a result, insurers are finding it more important than ever to manage their catastrophic risk.

It isn’t your imagination

Since 2009, healthcare data has been analyzed by a diverse array of organizations from the New York Times, to HealthAffairs.org to the New England Joual of Medicine. The numbers they report differ depending on their focus, but all agree on one disturbing point: catastrophic claims are increasing at a phenomenal rate.

Let’s consider some real-world data. PartnerRe Health reviewed their data on catastrophic claims, analyzing claims trends. The period 2007 — 2012, for example, saw an increase of more than 350% (35% per year) in the frequency of claims above $1 million in the Commercial sector, with the average claim remaining relatively constant at approximately $1.4 million.

Even more telling was an analysis of about 60 Medicare and Medicaid claims above $1 million, between 2007 and 2012. Over that five-year time period, there was a 250% increase in the frequency of these large claims, or about 20% per year.  Most of this increase occurred around 2009-10. At the same time, the average claim increased about 6% per year to $14 million in 2012.  This means the total cost of Medicare and Medicaid large claims above $1 million has increased about 28% per year.

So, what’s driving the upward trend that insurers are seeing today?

Impact of the ACA

It may be too early to see the full effect of the Affordable Care Act (ACA), but certain facts are clear.

Many of the top sources of information about health care spending agree that the following are some of the top drivers of increasing costs:

The complexities of managing catastrophic claims

Managing catastrophic claims, in particular, is a complex matter. People are living longer, thanks in part to advances in medical technology, pharmaceuticals, and treatments. One example of the effective use of new technology has been a greatly reduced infant mortality rate, particularly among very small premature infants. Similarly, treatments are taking place over a much longer period of time. For example, ventricular assist devices are no longer used solely as a bridge to heart transplant but are being employed as a lifelong therapy.

Prescription costs for specialty pharmaceuticals can run into very high numbers on a long-term basis. There is also discussion over end-of-life care, which receives a significantly large portion of overall spending. For example, in 2011, Medicare spending was nearly $554 billion; of that, 28%, or $170 billion, was spent on patients in their final 6 months of life.

Complicating all of these medical and technological factors is the fact that there is little transparency in pricing. What providers charge is typically not fully disclosed or easily accessible.

How have insurers attempted to deal with the increased financial burden? Many have tued to early identification and management of high-risk patients, alternative contracting arrangements, and cost shifting. There is also a trend toward reference-based pricing, where payers pay claims as a percentage of the Medicare rate.

What measures are available to help insurers cope?

Some of the best options are to diligently manage risk by auditing all medical expenses as well as to determine at-risk populations and those with chronic conditions for condition management. These programs can help contain costs by getting patients the most medically effective, cost-efficient care available.

Next, insurers should use their ability to reduce unnecessary procedures, review appropriateness of care, evaluate provider contracts, and address pharmacy and medical device costs. Insurers can also offer incentives to increase member wellness and reduce the number of out-of-network claims.

Finally, insurers should explore the use of alternative payers, such as Medicare due to social security and disability insurance.

Catastrophic claims management is complex, but a clear, strategic process is essential for mitigating risk. PartnerRe PULSE + Plus™ offers a wide range of services to support cost management strategies while maintaining a high quality of care.