Assisting Clients in the Fight Against Infectious Illness 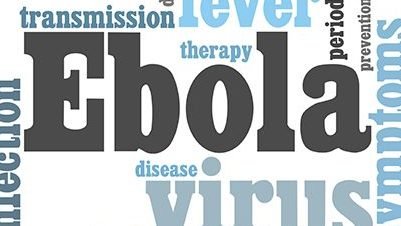 Headlines like “Ebola raises specter of outbreak in U.S.” are terrifying to see. Indeed, the World Health Organization (WHO) states that “the current outbreak in West Africa, (first cases notified in March 2014), is the largest and most complex Ebola outbreak since the Ebola virus was first discovered in 1976. There have been more cases and deaths in this outbreak than all others combined.” The infection, which was first identified in Guinea, has since spread through Sierra Leone, Liberia, Nigeria, and finally to Senegal.

The situations in Guinea and Sierra Leone are particularly grim, in large part because of the nearly nonexistent healthcare infrastructure in those countries following decades of war and political instability. No vaccine exists for any of the five known strains of Ebola virus, and its mortality rate is approximately 50%. The Centers for Disease Control and Prevention (CDC) case counts put the number of people infected with Ebola in 2014 at more than 8,600 people, and the number of deaths at over 5,000.

Despite the hype, the risk of contracting Ebola in the United States is extremely low. Instead, several other infectious diseases raise considerably more concern here:

Similarly, given that viruses such as Ebola, MERS, and Chikungunya are primarily introduced to the United States by returning travelers from affected areas, the cost to the insurance industry for non-healthcare workers contracting these diseases through exposure to infected individuals on air and public transportation must be considered as well.

A more direct impact on the insurance industry comes from the cost of new and experimental drugs in development to prevent and treat these highly infectious viruses. In many cases, these are not U.S. Food and Drug Administration (FDA)–approved therapies and the treatment costs can be expensive.

Bloomberg News estimated that the cost of treating an Ebola patient in the United States was $1,000 an hour, based on the case of Thomas Eric Duncan, a Liberian man here on a tourist visa that died of the disease in a Dallas hospital on Oct. 8. The cost of his care at the Dallas-area hospital, where the man had been a patient since Sept. 28, has been estimated at more than $500,000.

PartnerRe recommends treating infectious disease cases as you would any situation with the potential for high claims. Among the strategies is notifying PartnerRe as soon as you know about a potential case, keeping in mind that alternative insurance payers may be available and being aware that experimental drugs and non-approved uses of blood factor products could be involved. Notify us if you intend to allow charges for these types of treatments on an exception basis.

Finally, we recommend a pre-payment review of the hospital charges involved for Ebola patients. PartnerRe will be happy to assist with those efforts.

As part of our ongoing commitment to our employer clients, PartnerRe offers insurers a unique emergency services program from Assist America: the Global Emergency Services Program.

This program immediately connects employees to physicians, hospitals, pharmacies, and other services if they experience a medical emergency while traveling 100 miles or more away from their permanent residence or in another country.

With one call to the 24/7 Assist America Operations Center, employees can access:

For most cases, the program includes coordination of medical repatriation. However, the U.S. State Department has placed specific restrictions on transport of Ebola patients. All repatriation of these patients must be arranged through the State Department and its exclusive air ambulance provider, Phoenix Air. Thus, Assist America is not able to provide transport for Ebola patients to return to the U.S. at this time.

However, for nearly any other assistance, the program can help save lives. For employees who travel, the program’s identification card may just be the most valuable thing they take with them.

For more information about the program and to offer it to your clients, contact the experts at PartnerRe.