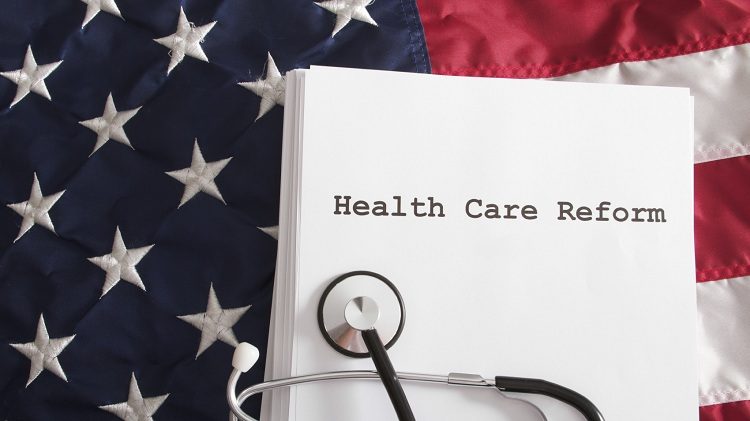 It has been nearly five years since President Obama signed the Affordable Care Act (ACA) into law. In that time, over 11 million Americans have signed up for coverage through the federal or state exchanges (typically called marketplaces). With the expanded Republican majority in Congress looking — yet again — to repeal the law, however, what’s in store for the ACA in 2015?

The Congressional Budget Office (CBO) was tasked with evaluating and projecting the effect of the ACA on numbers of uninsured people under 65 years of age. Here’s what CBO found:

As of February 2015, the U.S. Department of Health and Human Services (HHS) had enrolled 11.4 million Americans through the federal marketplace (HealthCare.gov) or through state exchanges and the Washington, D.C., site. That number was announced with a couple of caveats:

The number may grow — Because many people who had begun the signup process before the deadline were unable to complete it, the federal government granted a grace period to allow completion of those in-process applications.

And the number may fall — As happened last year, enrollment at the beginning of the year isn’t expected to match enrollment at the end of the year. Those who fail to pay their premiums will drop out, as will those who leave because they get insurance through employers partway through the year.

Another area of concern around the ACA is that 2015 will be the first year that individuals and businesses will have to report coverage on federal tax forms. Individuals who opted out of coverage in 2014 could wind up paying penalties or owing the Inteal Revenue Service (IRS) money. The minimum penalty in 2014 was $95 or 1% of household income, whichever is greater. For 2015, the penalty is the greater of $325 or 2% of income.

Individuals who had coverage in 2014 through an employer, Medicare, or Medicaid will need to select a check box on their Form 1040 indicating that they had coverage the entire year. (If coverage was secured through one of the exchanges, they should have received a Form 1095 verifying coverage.) If an individual didn’t have coverage for the whole of 2014, he or she will be assessed a penalty. The waters become even murkier if an individual received a subsidy for coverage under the ACA.

For businesses, the IRS has published new requirements for 2015 stipulating that businesses that have 100 or more full-time employees or equivalents offer minimal coverage to 70% of those workers and submit verifying documentation to the IRS or face a penalty. This mandate carries with it a significant amount of legwork for companies, such as the completion of forms proving that the business has offered coverage, collection of worker Social Security numbers, and proof of secure storage of this information, all of which requires careful oversight, as well.

To manage the costs of these requirements, some employers may look at moving to a self-insured model with their insurance providers. (See the Washington Business Joual article, “The Affordable Care Act Employer Mandate Survival Guide”, for more information.)

Potential Changes Under the Republican-Controlled Congress

The GOP have repeatedly sought to repeal the ACA in the past, and 2015 won’t be different, particularly now that Republicans have slightly larger majorities in the House and a new majority in the Senate. Still, the GOP leadership recognizes that a full repeal is unlikely while President Obama is in the White House and are thus seeking to reform less popular provisions of the law instead, such as the definition of full time as 30 hours, the employer mandate and the medical device tax.

In fact, Republicans have been working on a significant “reform and replace” alternative to the ACA, which they unveiled in detail in February. The plan, dubbed the Patient Choice, Affordability, Responsibility, and Empowerment Act, or “Patient CARE,” is authored by senators Richard Burr (N.C.), Orrin Hatch (Utah), and representative Fred Upton (Mich.). Major tenets of the plan include:

Forbes columnist Avic Roy provides a detailed explanation and analysis of the plan, including comparisons to ObamaCare and the previous iteration of Patient CARE.

A current major ACA provision particularly unpopular with congressional Republicans protects against major losses for those insurers participating in the marketplaces. These so-called risk corridors, which make it less risky for insurers to join exchanges, were included to help alleviate the “unknowns” that insurers faced with new people enrolling for coverage given the restrictions on premium setting and the elimination of preexisting condition considerations. Under the risk corridors, the federal government partially offset insurers’ risks while allowing them a share in any profits.

Critics of the provision claimed that these risk corridors amounted to an insurer bailout, and that if the insurers kept premiums low, the government would be forced to offset the difference for those insurers that underpriced themselves. Despite broad support from economists and health care policy experts, under the December 2014 omnibus spending bill, the Administration was blocked from tapping other funding streams, such as HHS appropriations and Medicare funding, to make risk corridor payments.

Three other ACA-related issues to watch in 2015 include:

Regardless of the next steps, all stakeholders agree that the complexity of the ACA has been one of the most daunting aspects of reform.

With so many potential changes in store for providers, insurers, and consumers alike, questions are inevitable. Contact the experts at PartnerRe online or by phone at (415) 354-1551.